skip to main | skip to sidebar

The last entusiast for Season 2014

Last week I got a call from Denmark. Can we go on a Canoe tour during the Moose hunting season? Answer was it´s OK as long as you stay on the water end close to the shoe line. These two friends took off on Monday and they run in to some severe weather, with lots of rain and even some now. They came back to day in good sharpe and have had a very fine tour and they have seen nobody on the lakes paddling. One has had his as our guest and he had a memory that he was her in Risviken when he was very young. I think this was the last canoers for this season and in a few days we can even have some snow. One evening they heard wolf hauling near by. 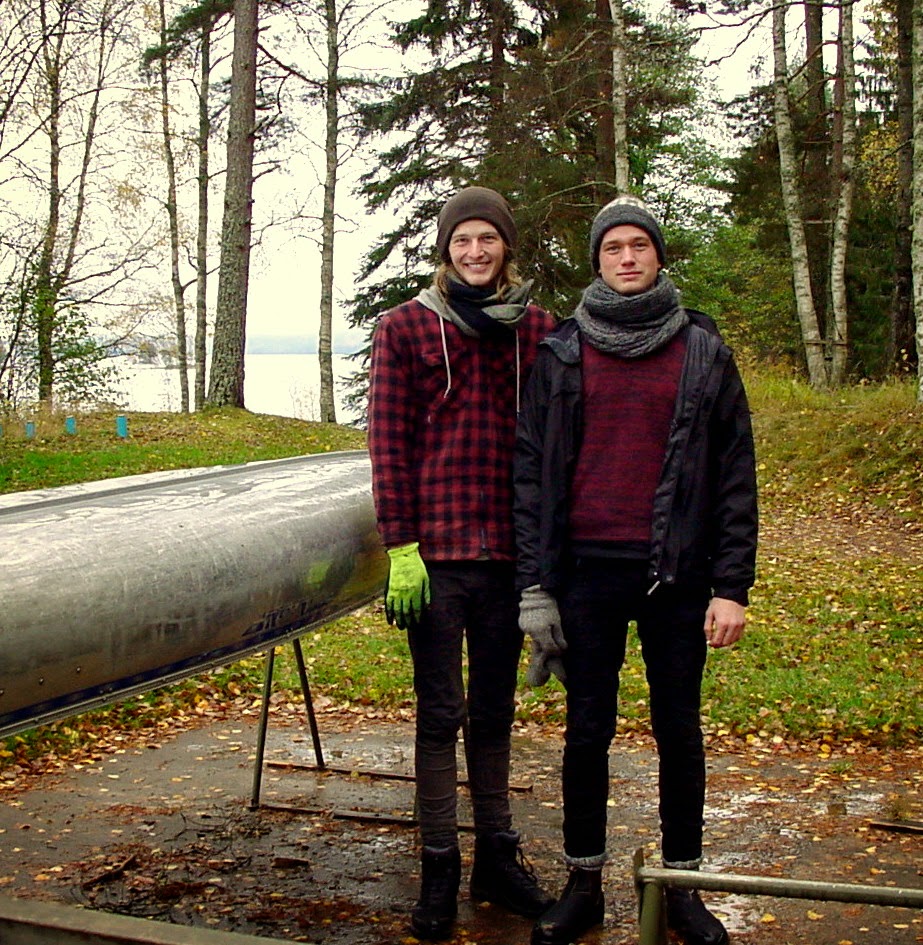